My friend Leigh says our funny old house is like one big bird hide…surrounded by bush and river we have an abundance of indigenous birdlife. So imagine our surprise when a bit over a year back a pair of peacocks came prancing down our garden path.

South Africa is not peacock territory although these creatures have graced our fair land since the way back when’s – brought over from India at some point, no doubt to decorate the lawns of early Cape Town’s ‘well-to-do’.

Now they are listed as an ‘exotic nuisance species’ and apparently have been known to eat the eggs of sea birds. Certainly they are not fussy eaters and gobbled up everything from lentils to cat-food pellets, including my ‘nice’ muesli, all depending on what the girls could get their hands into first when ever the two arrived for a snack.

According to my Bird Book, peacocks in South Africa are widely domesticated with the exception of a few who have broken away and are found living the wild life in small pockets of the Eastern and Western Cape!

We were deeply excited. Perhaps here before our very eyes was the beginnings of a flock of wild peacocks on the make…..

And so we waited for the flock to arrive… through autumn, through winter and with much anticipation….through spring. The two would come and go but surely spring would bring babies? But when summer arrived and past we could only assume that any eggs that might have been laid had long been turned into monkey breakfasts and there would be no further generations to follow…

until one blissful autumn morning as I stepped out onto the stoep with my morning cup of tea I watched Juliet arrive out of the undergrowth with three baba-chicks in tow ready for their ‘first viewing’  -displaying them proudly across the jungle gym.

Oh the joy!  For the next six weeks we spent most of our time feeding and counting peachicks… 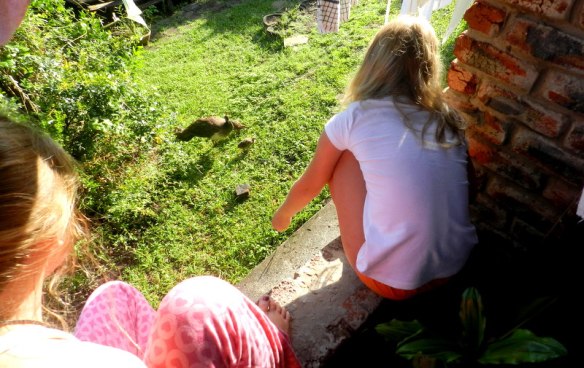 The littlest, the most adventurous of the crew, was always a nerve-wrecking few steps behind or wandering off in another direction, 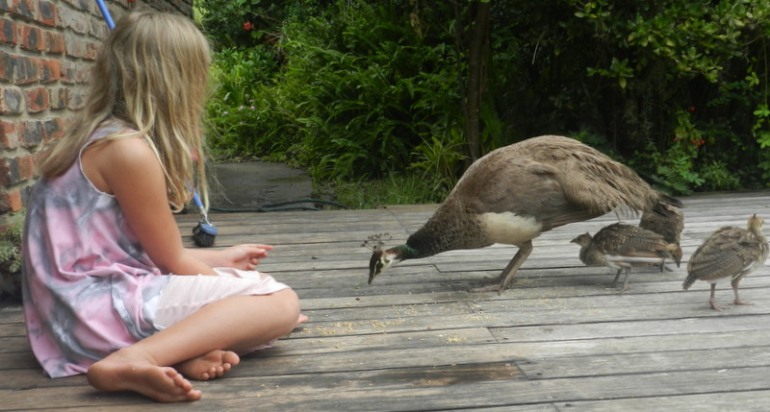 And then one day they where gone. Heartbreaking but true. We mourned over our loss having anticipated watching them grow into the beautiful beasties that they are…proud invaders of the local bush, harassers of  monkeys and rulers of stray village pigs…but it was not to be.

During this time a cottage had been built behind us and with our new neighbours came  their Labrador pup – a chaser of anything that moves as lab pups are. More than once we watched feathers fly as the fowl family sashayed unsuspectingly into the pup’s range. But with each advance the birds simply moved up – because although flight distance doesn’t seem to be a strength peacocks seem to have no issue gaining height. We held little hope for the long term though and assumed that if they had survived the last assault they had now taken flight to safer grounds. 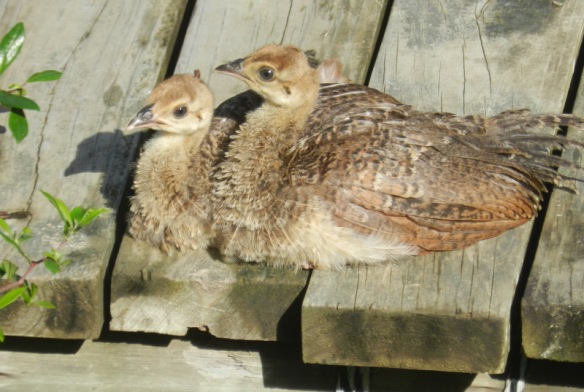 Turns out that this beautiful couple had been earmarked for the palacial lawns of a local Guest House by the Grand Dame in residence. Funny enough the cultivated lawns and mock-rock didn’t appeal as much as the bushy surrounds of the river shack down at the back-side of the village, an area lacking in cultivation but rich in character. The distressed owner, it is said, went to great lengths to keep her new garden guests on her lawns, holding one captive for a spell in order to persuade the other to stay – but these two chose freedom. She did however come back to claim the young. And although we would have preferred that they stuck around our side, we rest easier knowing that they are still alive. 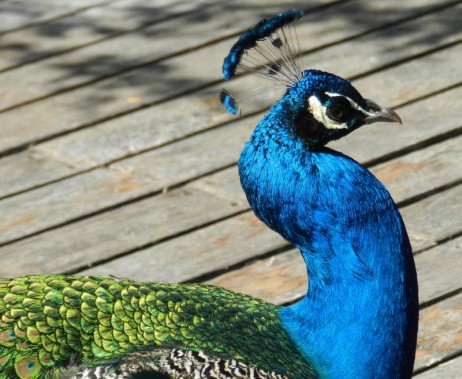 Romeo and Juliet are not around at the moment but their screeching can still be heard on occasion in the distance. Hopefully they followed the chicks home and are now all together, living it up at The Palace.

And now we wait, in anticipation…for  spring, summer, autumn……

Each year the children of Chintsa gather together to celebrate the Winter Solstice. 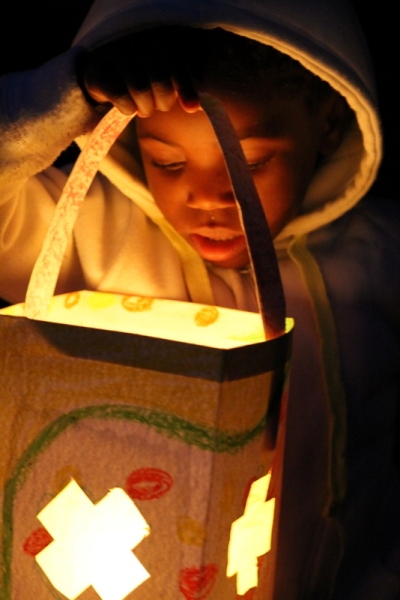 Local teachers help little hands to craft colourful lanterns and these are lit as the moon begins to rise. 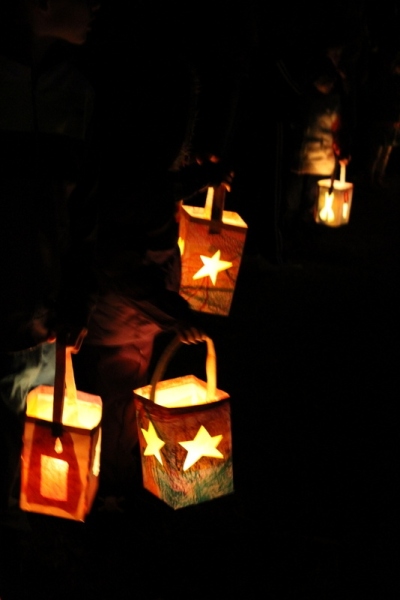 Together, lanterns as a guide – they walk around the park together singing into the starry sky. 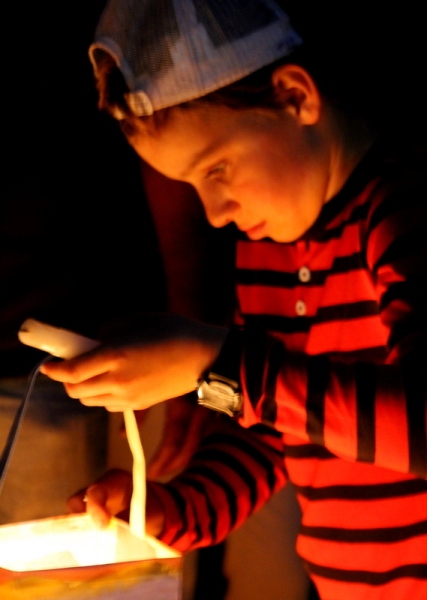 A simple celebration led by soulful folk with warm hearts. 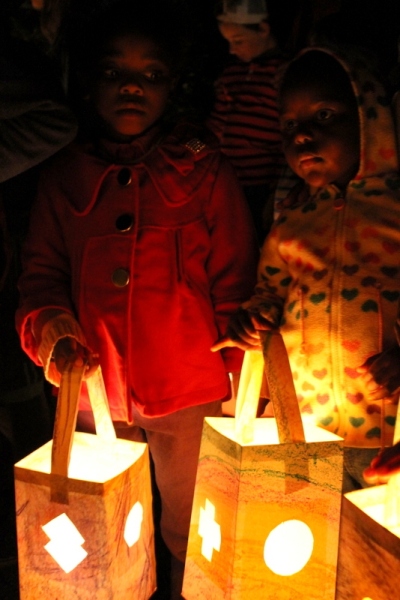 An experience lacking in hype but running deep in richness and meaning.

Celebrating Chilly Winter Nights and Children together Under an African Sky. Chintsa: June 2014